What is a Oesophagectomy?

The surgeon needs to remove the cancer together with some normal tissue (known as clear margins of resection). This often means that a variable degree of the normal oesophagus and stomach is removed. Most lymph nodes draining the cancer are removed. Cancers spread commonly through the lymph nodes and less commonly via the blood stream. By removal of these lymph nodes, it will tell us if the patient has responded well to chemotherapy and the extent of the disease. It may help control the disease process locally.

In reconstructing the oesophagus, the stomach is often used as a new food pipe. This is known as the “neo-oesophagus” or new-oesophagus. Depending on the location of the tumor and the operative techniques used, the joint (known as anastomosis) may occur in the neck or in the chest.

Often, the stomach is re-fashioned like a tube/ pipe before it is stitched or stapled to the non-diseased portion of the old oesophagus. Occasionally, the stomach is not suitable and other alternatives such as the small bowel or colon have been used. Often, but not always, temporary route of feeding is established.

This is usually known as a “feeding jejunostomy”.  A suitable tube is placed inside the small bowel, which would provide adequate nutrition, energy and fluids while healing takes place. This feeding tube is left for a couple of weeks even if not used. It is easily removed and can be blocked, therefore must be well cared for. All of this will take approximately 6 to 8 hours. Expect to be in hospital for an average of 7 to 14 days.

The patient recovers initially in intensive care, before being moved to the ward. It would also involve two or three incisions (cuts). There will be a few drain tubes that draw unwanted fluids away and re-expand the lungs.

After the operation, the patient plays a crucial role in recovery. It is an uncomfortable operation. With pain relief, the patient will still have some discomfort but should be able to take deep breaths and cough gently.

The discomfort in the tummy (abdominal) cut would feel like a belly-ache. The discomfort in the chest cut (thoracotomy) if done, feels like broken-ribs. Despite this, patients must actively participate and take the initiative in chest exercises to clear all secretions. Otherwise, the lung secretions accumulate and can lead to lung infections.

The physiotherapist will insist and assist with your recovery. The discomfort will improve with time and most patients would not need strong pain relief on discharge.

Recovery in the Long Term

All patients undergoing this operation require adapting to a new lifestyle. Essentially two crucial things have changed. This results in two mechanical issues. The first is a small stomach and the second is reflux.

As the stomach has been reduced into a circular tube, the amount of food stored at any time is reduced. As a result, patients need to have frequent but small nourishing meals. Reflux can be a problem. Prior to the operation, the body has inbuilt anti-reflux valve and anti-reflux mechanism. These have been disrupted with the operation. We will try to re-construct and rebuild some anti-reflux mechanism. However, it is easier to assume that reflux will occur and if none occurs, it would be a bonus.

Simple lifestyle adjustments are required. These include sleeping on 1 or 2 pillows (known as head elevation) and not having a meal late at night. During the evening, it is best to have food or fluids that would not hang around the stomach for long. Often this means having your heaviest meals in the afternoon (when you are on your feet) and possibly having soups or drinks in the evening.

Plan to stay upright for a couple of hours to allow the stomach to empty before going to bed. Nutrition in the long term is usually not a problem especially if the stomach is used in the reconstruction. Initial weight loss is expected but minimized. Most patients will regain some of this weight. In the longer term, most patients adjust well. 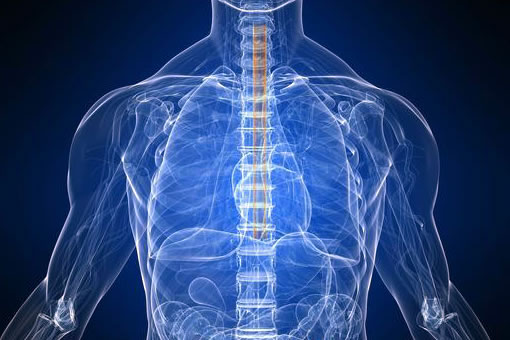